“Hunger is criminal, food is an inalienable right,” Pope Francis

East Africa and the Horn of Africa are confronting a humanitarian crisis that may worsen in 2018. Armed conflict and severe drought are causing extreme levels of hunger. Up to 35 million people are in need of urgent food assistance across the region. Caritas believes there is the potential for one of the worst food crises in the region in 70 years.

Caritas is striving to respond to the huge demands presented by lack of available food in especially hard-hit Ethiopia, Kenya, Somalia, South Sudan and Uganda. The challenge is to meet existing needs while also planning for the challenges ahead. 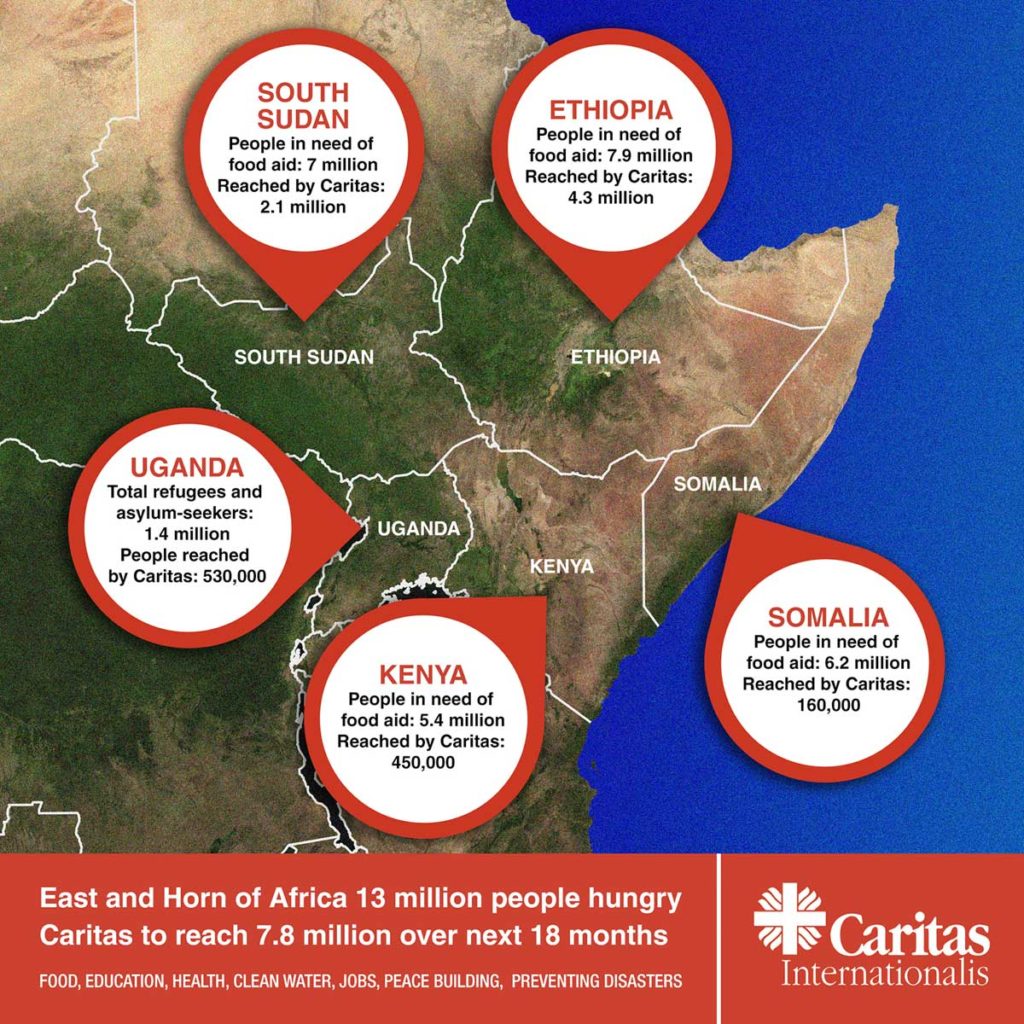 Caritas will reach nearly 7.8 million people in East Africa through more than 200 projects over the next 18 months. More than half the Caritas programmes in the region focus on food security and providing jobs.

Somalia and South Sudan are of priority concern and could be affected by famine in 2018. Conditions are expected to worsen if they do not receive adequate assistance. There is also concern that food security in south-eastern Ethiopia may also begin to deteriorate.

“Caritas and the Church are working with the people to ensure they have food, medicine and clean water. Humanitarian aid is crucial to save lives, but famine is a product of political failure.” Caritas Internationalis Secretary General Michel Roy

One of the main goals for Caritas Ethiopia is to supplement its humanitarian aid with development programmes that give people long-term solutions to the impact of chronic drought.

In March, the government said that 7.9 million people in Ethiopia were in need of food assistance. One million internally displaced people need relief and resettlement.

After two years of drought, there is concern that the spring rains in south and south eastern Ethiopia could be erratic. Global weather forecasters have also identified Ethiopia as one of the four countries at highest risk of La Niña.

“The current southern autumn rains are again expected to under-perform, meaning that levels of food insecurity and acute malnutrition in the lowlands are likely to remain high,” said Shiferaw Mamo from Caritas Ethiopia. “The need is enormous.”

The humanitarian situation is likely deteriorate if the projected La Niña hits spring rains and extends the dry season. Caritas has launched an appeal and is working with the government and partners on preventative measures that may prevent malnutrition and save lives.

“Research shows us that early actions are critical in this regard, not least to ensure that the children of families facing food insecurity don’t slide into acute malnutrition,” said Mamo.

Caritas Somalia has a presence in parts of the country and has worked with Somali non-governmental organisations since the outbreak of the civil war. Caritas is also present through Catholic Relief Services and Trócaire. Humanitarian assistance was stepped up to avert famine in Somalia last year.

Caritas is working to prevent another downward spiral in 2018. Unfortunately, the October-December rains failed to arrive. What was supposed to be three months of rainfall amounted to little more than three weeks of on-and-off showers. That was the fourth consecutive rainy season to have failed, leaving millions of people facing into 2018 with no end in sight for their suffering. 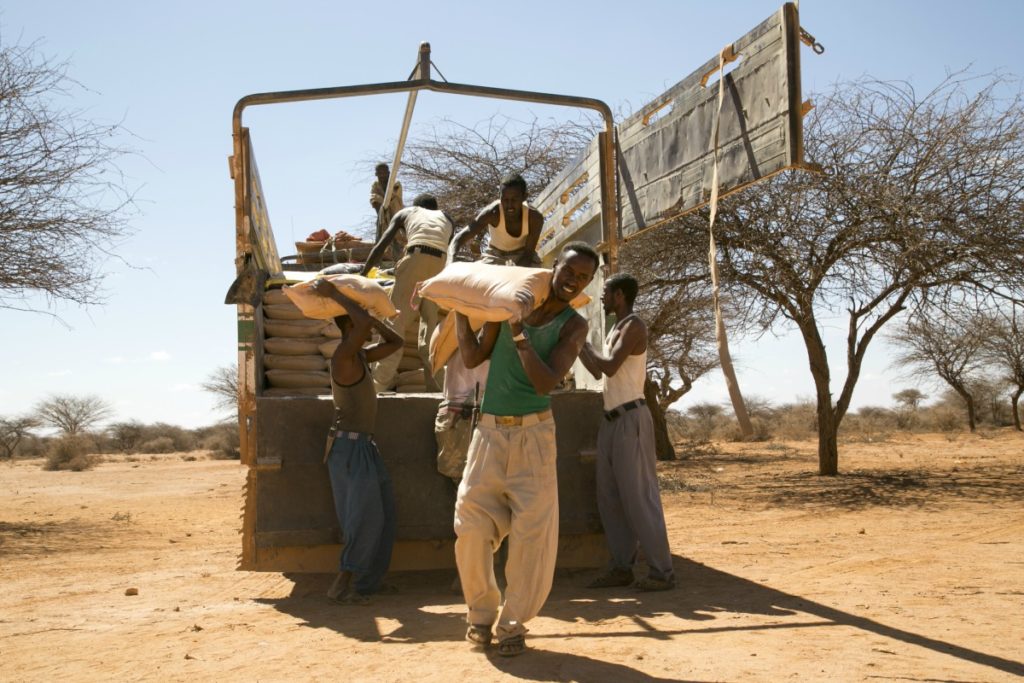 Pastoralist communities in Somaliland have been devastated by drought. Caritas Somalia distributed rice, flour, cooking oil and sugar in Hargeisa.

“These are extremely worrying times in Somalia. The failure of rains and the ongoing conflict have left millions facing into 2018 fearful for what the future holds,” said Eoin Wrenn, Trócaire’s Head of East Africa programming.

“Our team recently conducted a survey of households in the areas where we work and found that up to 90 per cent of people were experiencing either moderate or severe hunger. In some regions, one in three people are facing severe malnourishment.”

Without sustained humanitarian assistance, many households will be unable to feed their families.

In 2017, all 23 of Kenya’s arid and semi-arid lands counties were affected by a severe drought. “Below-average rainfall experienced during the last short rains has resulted in a prolonged dry spell and low crop yields as well as limited vegetation for grazing for pastoralist families,” said Stephen Kituku, National Director, Caritas Kenya.

This has forced the pastoralist communities to sell off their animals at below the normal market prices for the fear that the prolonged dry spell might lead to the death of animals. 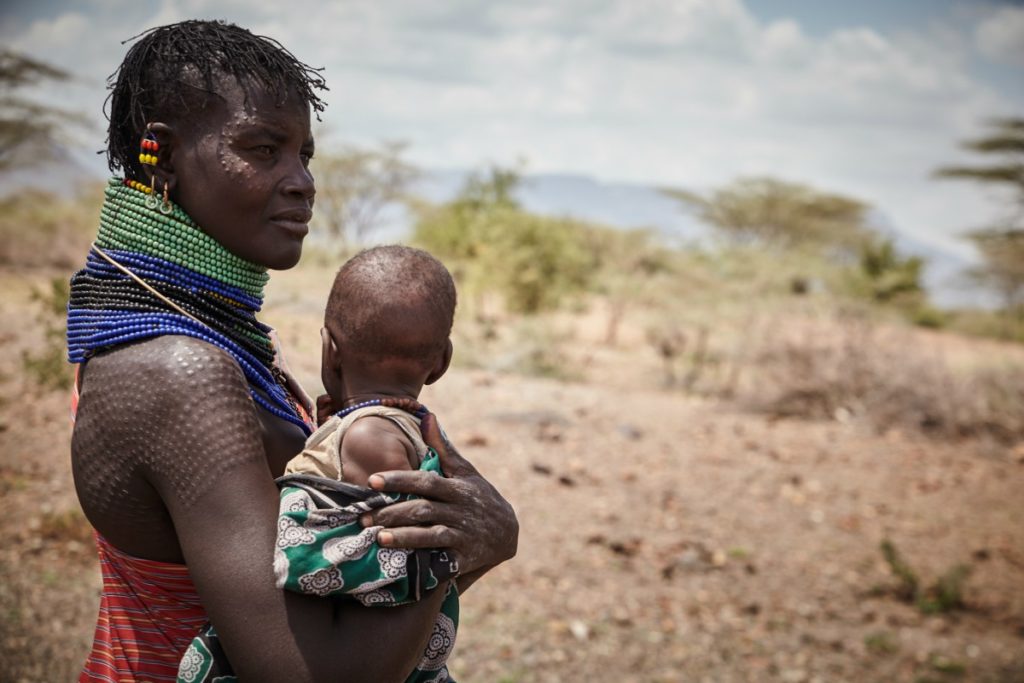 The Diocese of Lodwar and Caritas Lodwar distribute food assistance in Central Turkana, Kenya in the absence of any significant government investment or infrastructure.

“The money gotten from the sale of animals is not enough to take them through such a long spell of drought thereby reducing purchasing power at household level. With low purchasing power and poor crop production at household level, most households have been felt vulnerable,” said Caritas Kenya’s Stephen Kituku. “The drought situation in the affected regions presents a gloomy picture. If the long rains will be below normal, there is a likelihood of the situation worsening.” 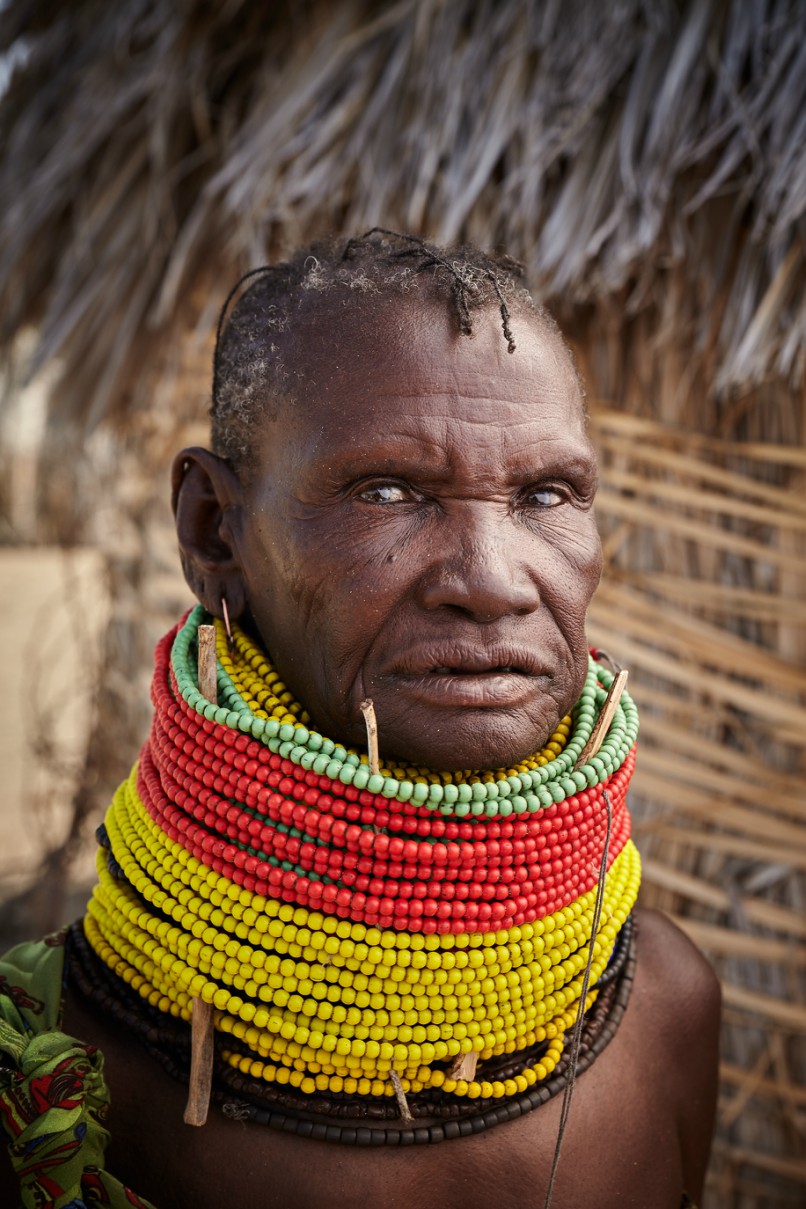 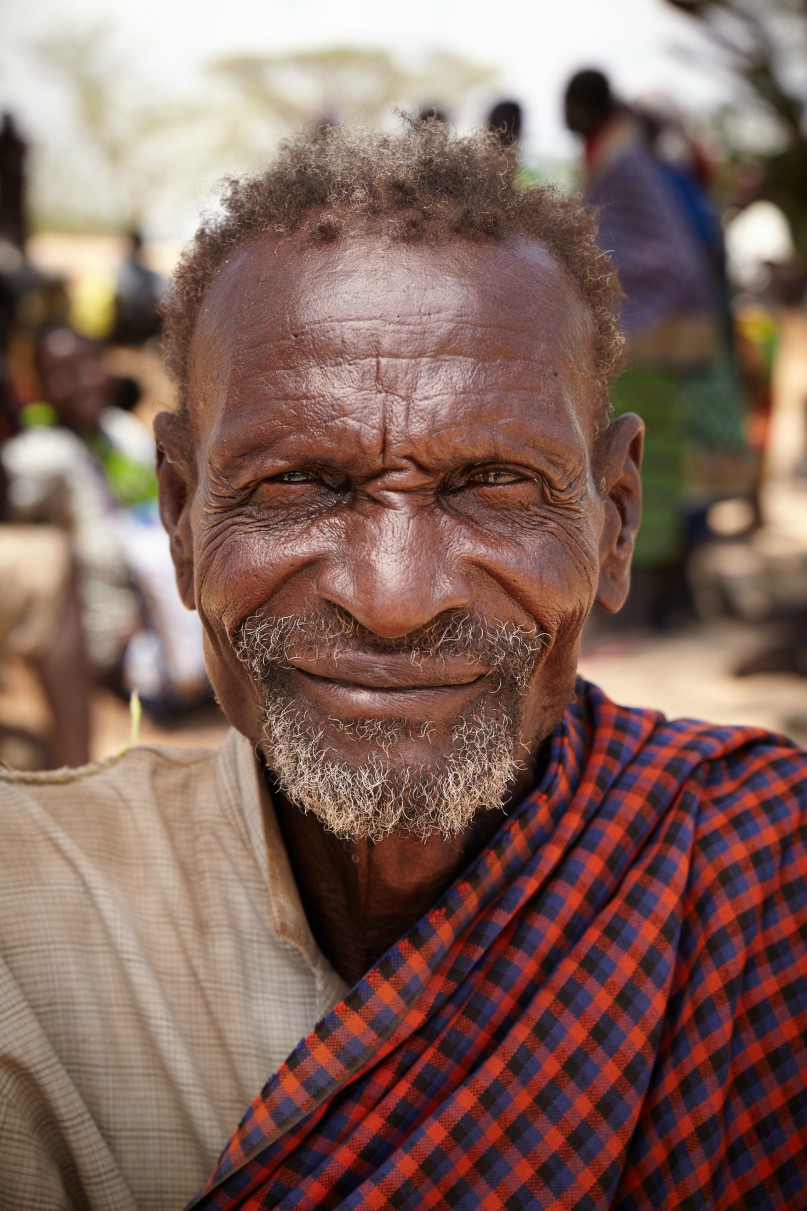 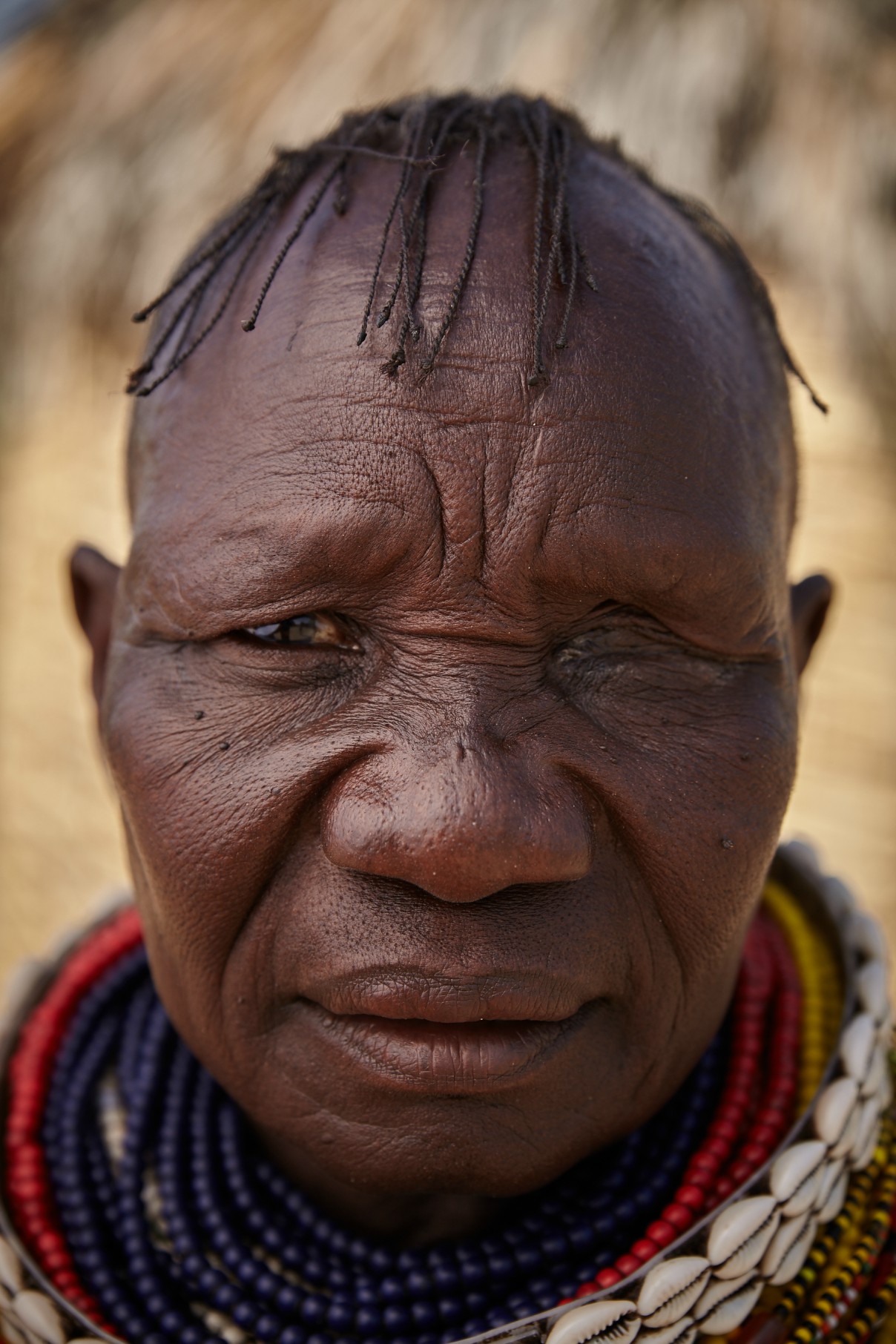 Around 2.6 million people were estimated to be facing severe food insecurity and 500,000 of them were facing an emergency at the end of the year. Malnutrition rates surged to double the emergency threshold in some counties and 370,000 children required treatment for acute malnutrition in drought-affected areas at the end of 2017.

Caritas Kenya works with the poor and the most vulnerable in 25 Catholic dioceses across the country. Persistent drought has led to widespread displacement and continues to drive demand for humanitarian assistance.

As the conflict in South Sudan enters its fifth year in 2018, the humanitarian crisis continues to intensify. Widespread violence and sustained economic decline have further diminished the capacity of people to deal with threats to their health, safety and livelihoods.

Food prices have soared: in the capital, Juba, a 100kg bag of sorghum costs 11,285 South Sudanese pounds. That is an increase of more than 260 per cent over a year ago, and vastly beyond what most families can afford.

Violence and rights violations continue unchecked and have become a persistent reality for civilians. Rape and other types of gender- based violence are pervasive but go largely unreported—the 1,324 cases reported in the first half of 2017 represent just a fraction of the attacks faced mostly by women and girls.

Bishop Barani Eduardo Hiiboro Kussala of Tombura–Yambio said, “Violence is easy, but for the poor, all it means is agony and displacement. To achieve progress, we must take the harder path of breaking down barriers, building bridges and standing up for tolerance and diversity.” 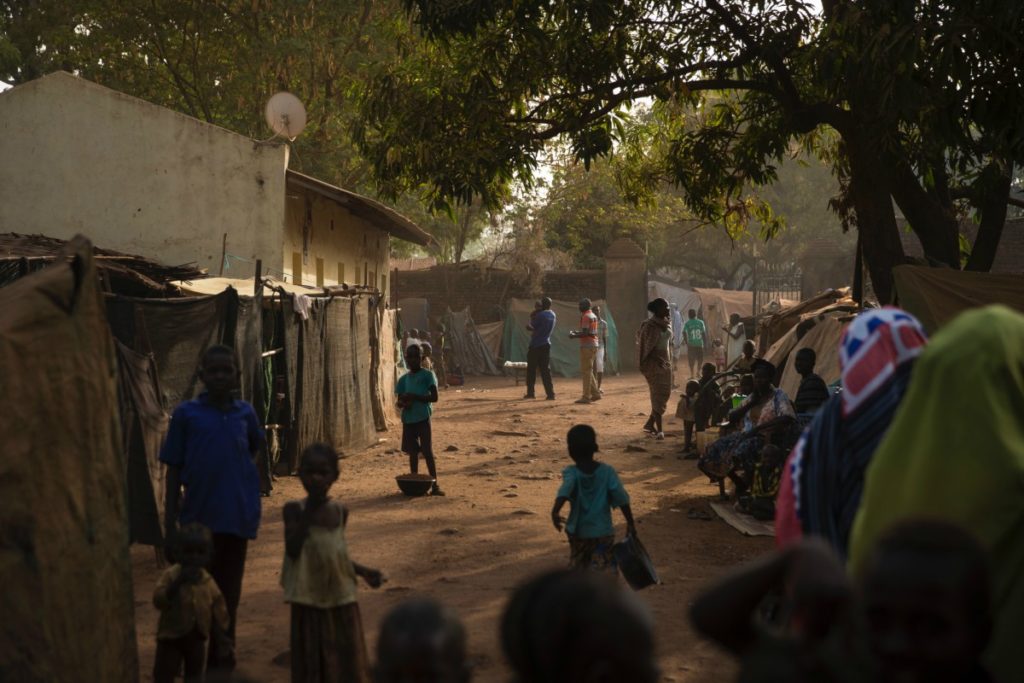 Over 10,000 people sought protection in St. Mary Help of Christian’s Cathedral in Wau after the most recent wave of fighting.

“Instability and conflicts are the driving forces behind the country’s food insecurity as they cause large scale displacements of people hence hamper agricultural activities,” said Gabriel Yai, Caritas South Sudan, Executive Director. Humanitarian crisis continues to intensify even upon scaling up of humanitarian efforts. South Sudan is likely to face a very serious food insecurity by June 2018 if the necessary measures are not taken.”

Caritas South Sudan plans this year to provide emergency food supplies, distribute seeds and tools and other services in the seven dioceses of South Sudan if the resources are there.

Caritas has been working with the refugees to help them grow their own food by providing fast growing seeds. All most all of the refugees Caritas is working with say they have enough food, and two-thirds are able to sell their excess produce.

Young refugees are also receiving skills training like metal work and welding or tailoring to help them generate income and help them return home once the security situation has stabilised. Refugees also receive mosquito nets, sanitary pads and education supplies for school children. 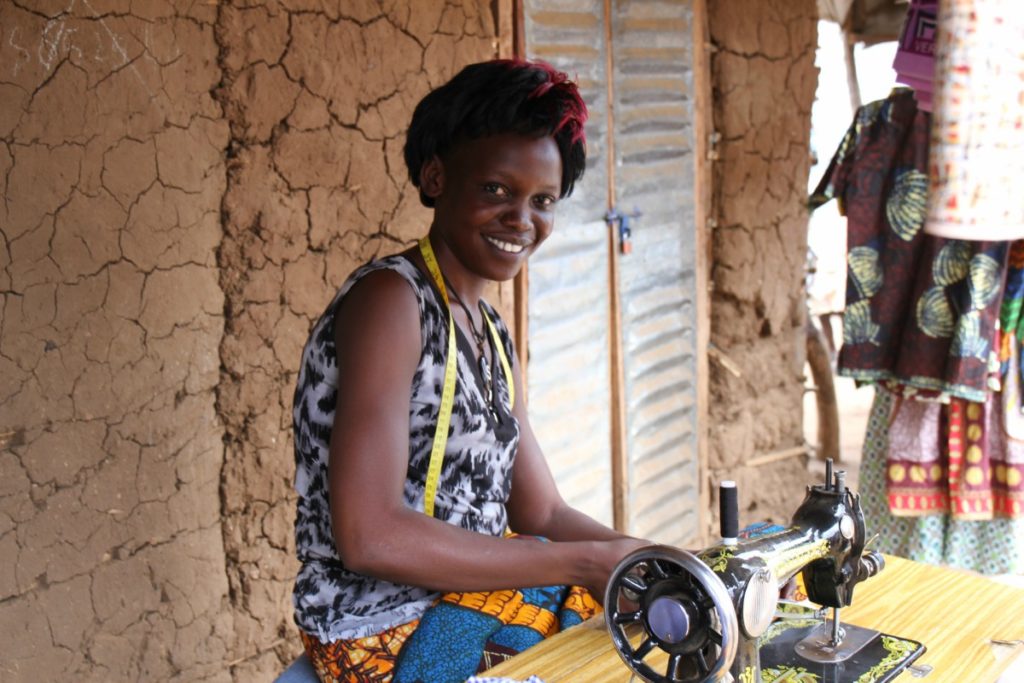 Jackline Sitima, 25, has also had to reinvent herself. She used to support herself and her two young children selling vegetables and beans but has now trained as a seamstress and has been supplied with her own sewing machine.

Imvepi is one of many settlements in Uganda, host to 130,000 South Sudanese refugees. Amandine Desaunay, humanitarian programme manager in Uganda for Dutch Caritas Cordaid, said, “Water is the priority. Without water, you can’t stay alive. Without water, you can’t grow food. That’s why our first response was to build sustainable water facilities.”

In Imvepi, Cordaid has built a water supply system that produces up to 80,000 litres a day and serves thousands of people. The innovative solar-powered system is a sustainable alternative to overland trucking, which is an expensive way to transport water to all – sometimes remote – areas of the settlement.