Caritas Vietnam: Heading to the Beloved Central of Vietnam 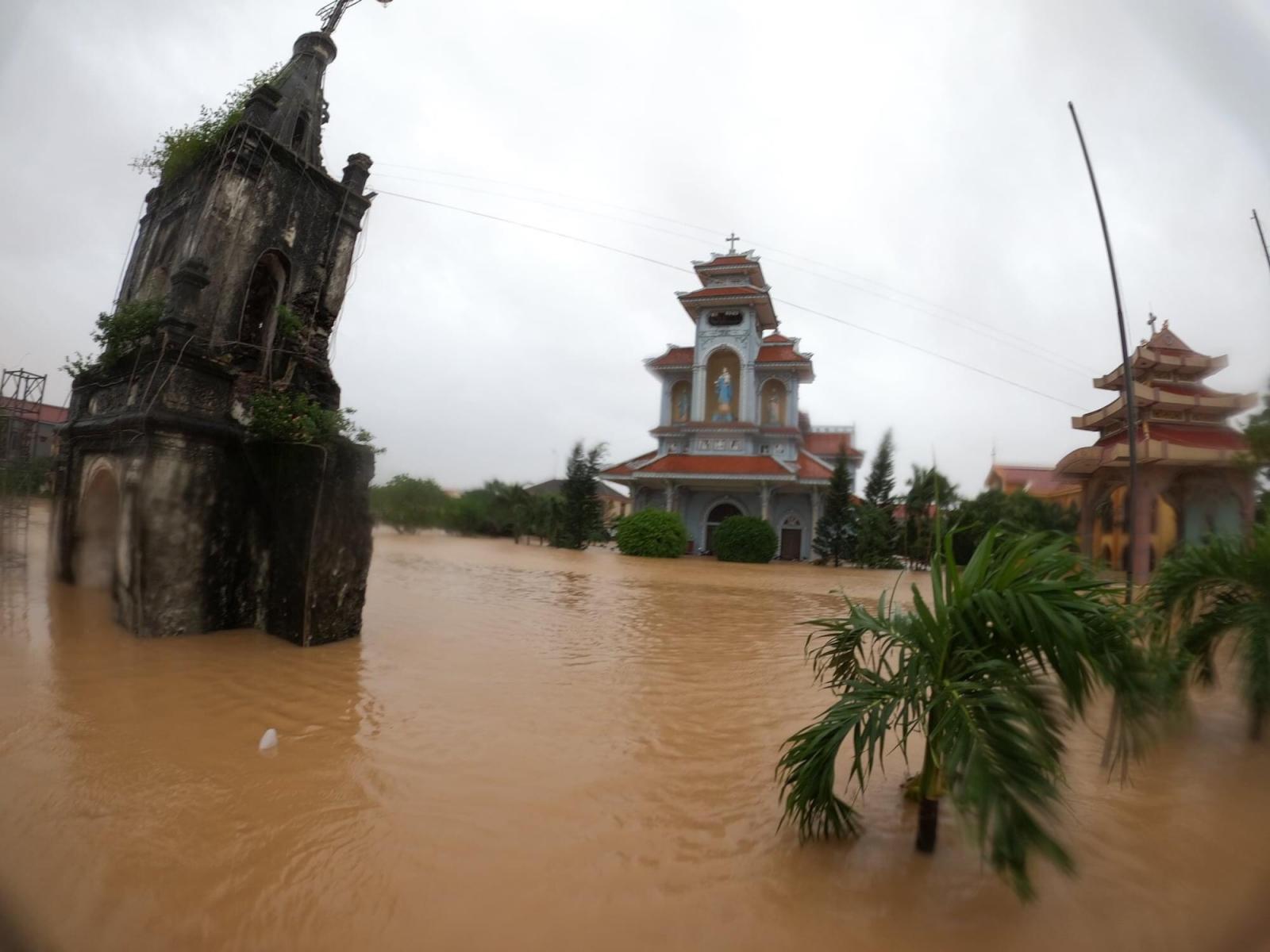 The prolonged heavy rains from October 6th - 21st caused terrible floods, violent storms and landslides in the Central Vietnam. They have caused serious damage to people and property. The tragic toll at the moment (October 21st) is of 132 dead, 27 people still missing, while more than 200,000 people had to be evacuated,  and 160,000 houses were totally flooded. Thừa Thiên Hue, Quang Tri, Ha Tinh and Quang Binh  provinces are the most affected areas and Quang Tri has the highest number of people dead. The victims among them were rescue forces, government officers and they were also buried by landslides.

In the past 2 days (October 18-20), Quang Tri, Quang Binh and Ha Tinh provinces again were hit by the flood that quickly surpassed the historic peak in 1979 by nearly 1 meter. There are places flooded up to 4 meter. More than 166,700 houses were flooded. Particularly, the number of flooded houses in Quang Tri province accounts for 50%. Before that, floods also caused damage to 24,700 houses and many roads were damaged.

Regarding agriculture, more than 924 hectares of rice, 106,000 hectares of crops and 461,000 cattle and poultry were swept away. That is the property damage recorded after nearly 2 weeks of flood. (According to New Zing).

Every year, the number of provinces of the Central Vietnam always suffer losses and grief caused by natural disasters. Each terrible storm caused greatly damage to people’s lives and property. But never the people of Central Vietnam, especially Ha Tinh, Quang Binh, and Quang Tri, have suffered and experienced such terrible floods and landslides like this year. It is impossible to describe the tragedy and pain that people in Central of Vietnam are struggling to cope with. Besides losing their beloved ones, they live in scare, with no food and no clean water, therefore they are prone to illness. They are in dire need of help. 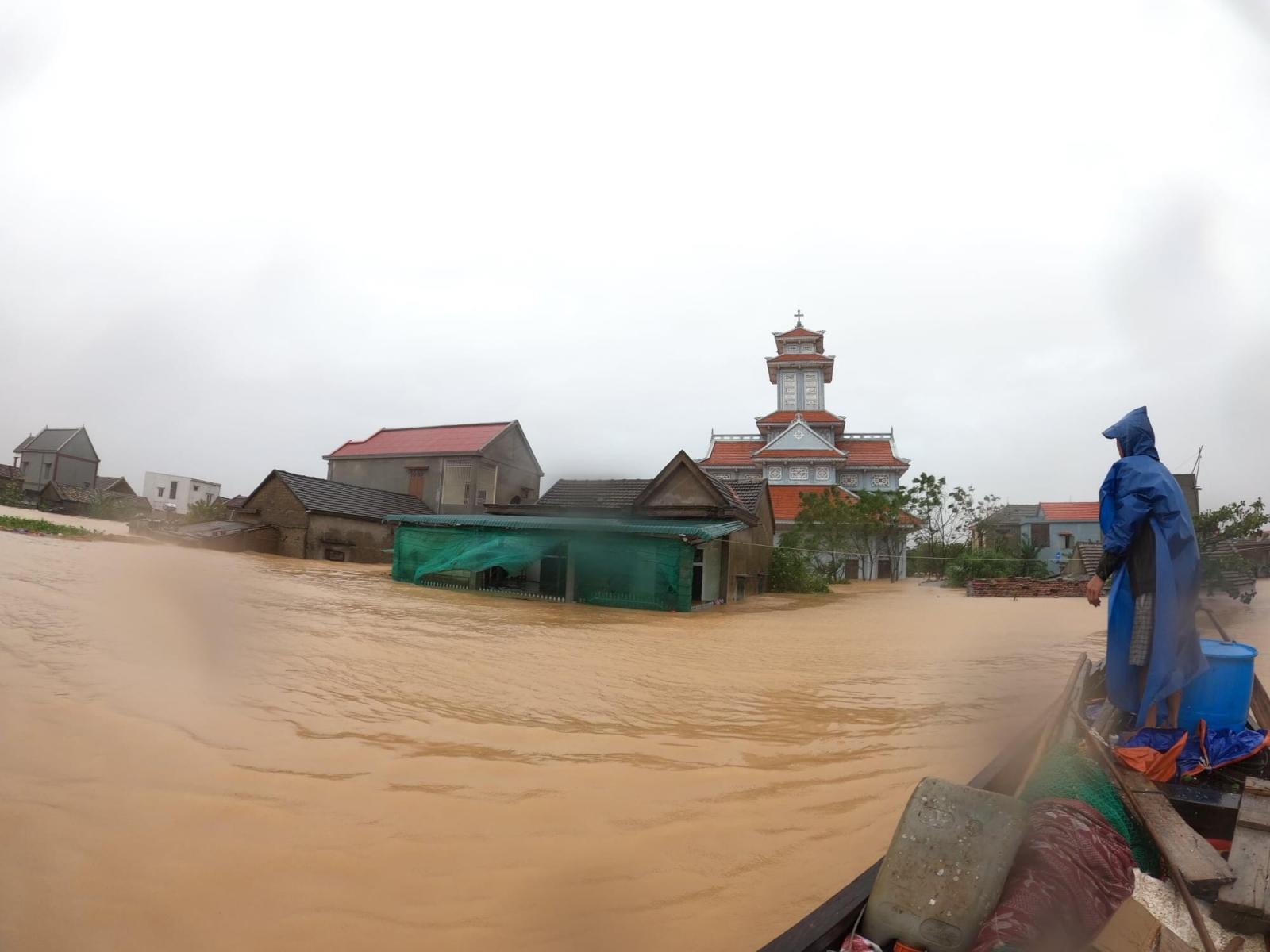 The whole country is extending possible helps to the affected Central Vietnam. There are a lot of philanthropists in the country and out of country, religious congregations, large and small organizations and so on, who have been donating and supporting them.

Archbishop Joseph Nguyen Chi Linh - President of the Vietnam Catholic Bishops' Conference (VCBC) and Bishop Thomas Vu Dinh Hieu – President of the Commission on Charity and Social Actions of the Catholic Bishops’ Conference of Vietnam – Caritas Vietnam, urged Christians to pray and contribute to central relief. On Behalf of VCBC, some of Bishops also came to the scene and gave them donations. On this occasion, Caritas Vietnam also received a lot of donations from Catholic organizations, people in the country and abroad to help the people of Central Vietnam. 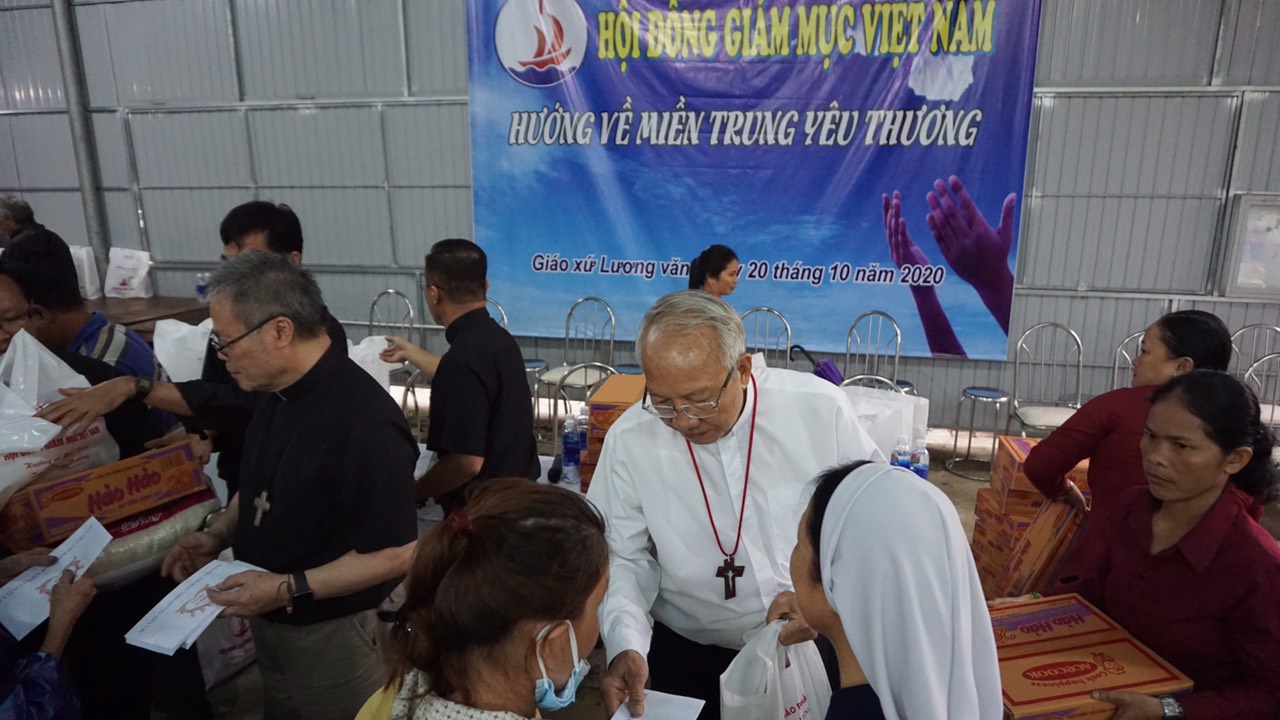 Any act of kindness, no matter how small, is appreciated. The people of Central Vietnam feel they are not alone and abandoned when receiving help from every one. However, in the face of the great losses caused by the floods and heavy rains, we are humbly asking you, organizations and individuals to keep them in your prayers and please make donations to help them during this challenging time. Any amount of money is precious and greatly appreciated. 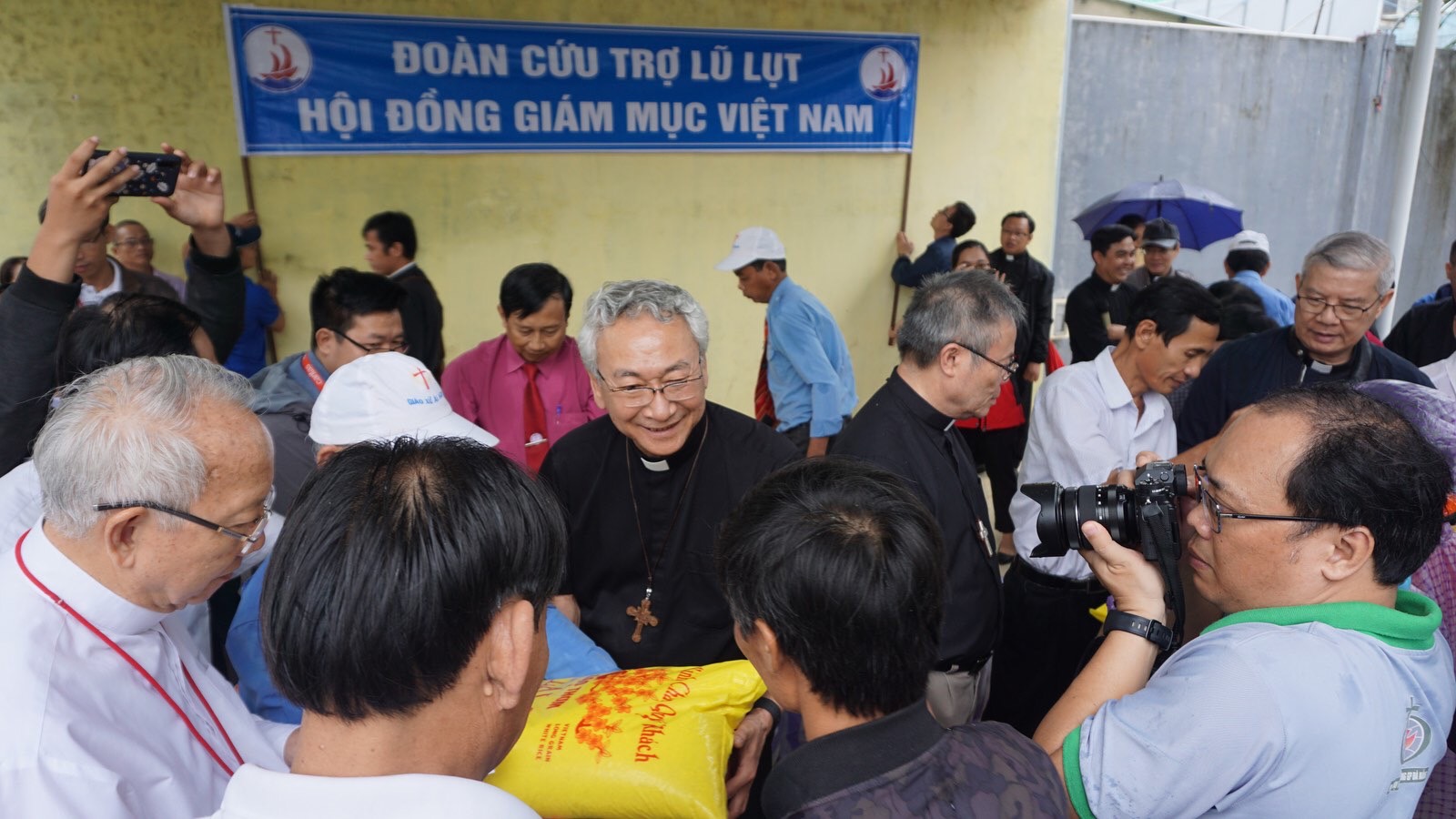 After the historic flood in October 2020, many relief teams went to Tien Nghia to help and many people shed tears when directly witnessing the situation of the people here. The Bishop of Ha Tinh Diocese, Bishop Paul Nguyen Thai Hop and Caritas Vietnam 's survey team, Caritas Ha Tinh have come here many times after the flood to provide relief to the people. What everyone here recognizes and dreams of is that this place needs a solid house, high enough and strong enough for each flood, people have a place to live, for valuable applications such as motorbikes. , electronics and even pets. However, for them, dream is forever a dream, because they are struggling every day to eat.

Caritas Vietnam: Human love amid the disasters of life

Caritas Vietnam alone has also received a lot of contributions from all sectors in Vietnam and abroad, organizations and individuals sent to help the people of the Central Region. How touching is that when the spirit of Christian charity is expressed in action, human love still abounds while our brothers and sisters are in need. The spirit of mutual love, the good leaves that support the torn leaves are expressed practically and lovingly.

As dire as the situation is, these are the moments that reveal the Vietnamese spirit of charity and compassion, expressed in the proverb that “healthy leaves cover torn leaves.” Donations and aid have come from home and abroad, from students and the elderly, from individuals and organizations.  Many of these benefactors entrusted Caritas Vietnam with their donations.  The following projects are being undertaken in their name.