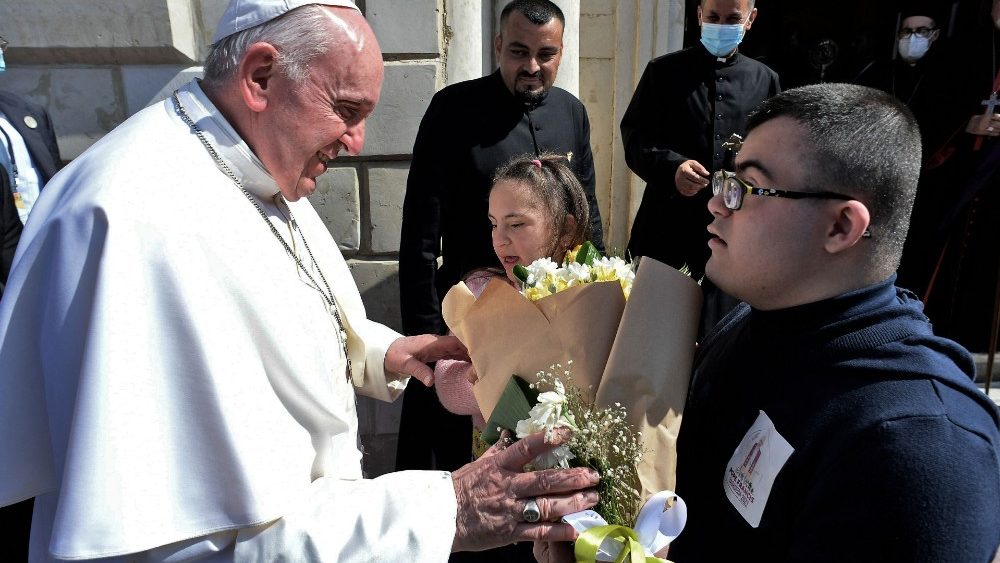 Protecting and nurturing children with Down Syndrome is at the heart of the work of Caritas Kazakhstan, explains Fr. Guido Trezzani in an interview with Vatican News ahead of Pope Francis' upcoming Apostolic Journey to the Central Asian nation.

Appreciating, loving and treasuring all children, especially those with Down Syndrome, is at the heart of Caritas Kazakhstan’s work, as it promotes projects committed to concretely helping them.

The Director of Caritas Kazakhstan, Fr. Guido Trezzani, emphasized this in an interview with Vatican News ahead of the Pope’s visit next week.

The Holy Father is going to Kazakhstan, on 13-15 September, to take part in the 7th Congress of Leaders of World and Traditional Religions, and to encourage the country’s small Catholic flock. 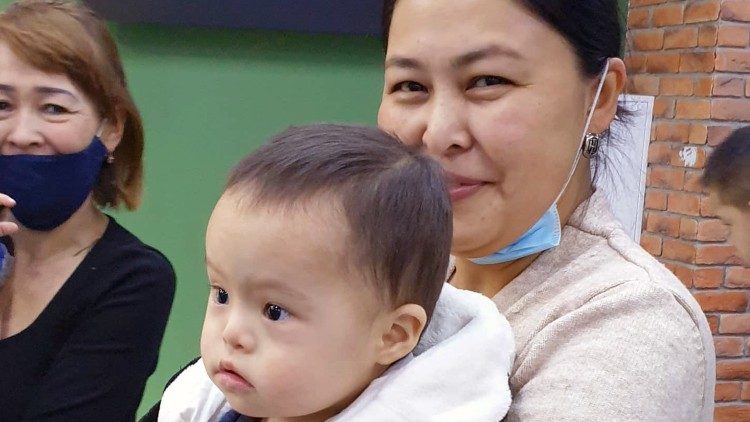 Caritas Kazakhstan supporting families whose children have Down Syndrome

Catholics make up 1 percent of the country’s roughly 19 million Kazakhs, with Muslims accounting for 70 percent and Christians, especially Russian Orthodox, making up another 25 percent.

“[Religion] is not a criteria by which we select the people who work with us, nor those whom we serve. What is most important are their competencies, not to which religion someone belongs.”

In the interview, Fr. Trezzani discussed the work of Caritas Kazakhstan and how it has overcome a past which was suffocated under communism, but now enjoys freedom. 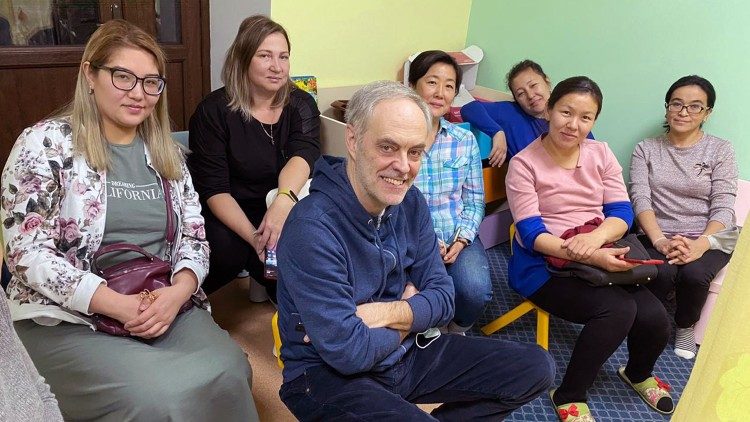 Kazakhstan, which borders Russia, was one of the 15 Soviet Republics under the Communist regime until the dissolution of the USSR in 1991.

Despite the country's location south of the Russian border, and very large Russian and Ukrainian communities living there, Fr. Trezzani insists, "For the moment, fortunately, the war [in Ukraine] has created neither tensions nor conflicts in Kazakhstan."

Despite being a small organization, Fr. Trezzani said Caritas Kazakhstan seeks to address the needs people face every day.

“It is a huge activity,” he said, recalling their work in education, healthcare and caring for special categories of people, such as the disabled and elderly.

“Now [our situation] is a little bit better, but in the beginning, everything was demanded of the government.”

Since all the organization and social projects belonged to the government when Kazakhstan was still part of the USSR, he suggested that there never existed "a mentality" nor "a tradition of involving people to do something together to help others."

Creating this “mentality” or “culture,” he suggested, is the organization's greatest challenge.

Under Communism, history documents a traumatic persecution of Christians and those professing their religion, and many regimes which were intolerant and merciless to the disabled. 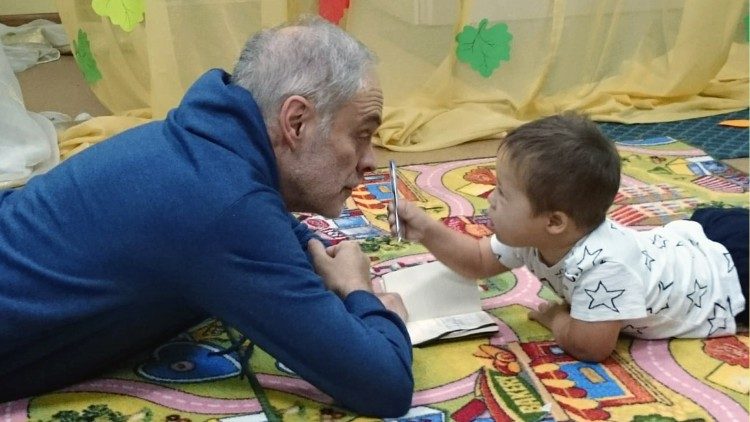 Now, however, the Church's national humanitarian outfit can operate freely in Kazakhstan, especially for its special project to help those with Down Syndrome, even if – the Director noted – they started “in a desert.”

He discussed how Caritas Kazakhstan supports families who have members with Down Syndrome.

“It is a project which is very, very beautiful, very stimulating, from our point of view. Why? Because practically, previously nothing similar existed.”

There is a situation, he observed, of "absolute ignorance of the potential that there is for people with Down Syndrome."

Supporting families whose members and children have Down Syndrome, is - he said - "a project that we are trying to develop on the whole territory of the country, with a heavy emphasis on education and inclusion."

Caritas calls for and tries to explain the situation and all the possibilities that children with Down Syndrome have.

“The big question here is that from the very beginning, from the time when the mother is still pregnant, doctors and social workers are trying to convince them to get an abortion or to abandon the child in an orphanage.” 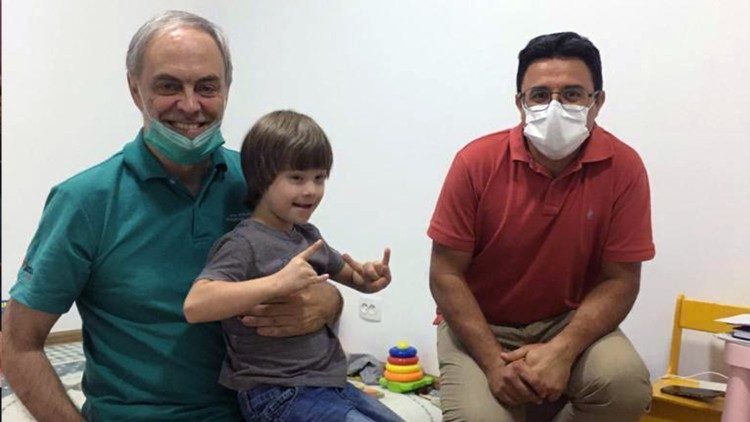 The project, said Fr. Trezzani, started with the support of a group of Italian friends of his, with the objective of giving hope and offering proper tools for development.

“Now we have charge of the project, and in different cities, we serve more than 1,000 children.”

The ones who care

Muslims, similarly, expressed gratitude for the protection of their children with the syndrome, says Fr. Trezzani.

"What is always amazing for us, especially since we have this project for Down's syndrome," he recounted, "is to see that sometimes we have to face, not problems, but resistance from the side of relatives. I mean, it happens that the mother comes in and says to us that her relatives, brothers, sisters, are telling her not to come to us, because we not Muslims, but Christians. So they shouldn't go to us."

“Usually the mothers are telling us that, 'I explained to them that these are the only persons who care for my child as a person. So, no matter if they are Christians or whoever, I say that they love my child and I continue to do that.'”

Beyond this project, the Caritas Director is enthusiastic for the Pope’s arrival and remembers when Astana held the EXPO in 2017 with the Holy See Pavilion, which recalled Pope St. John Paul II’s visit to Kazakhstan in 2001 and also focused on Pope Francis.

He personally had worked as Deputy Commissioner for the Pavilion in Expo 2017 in Astana. 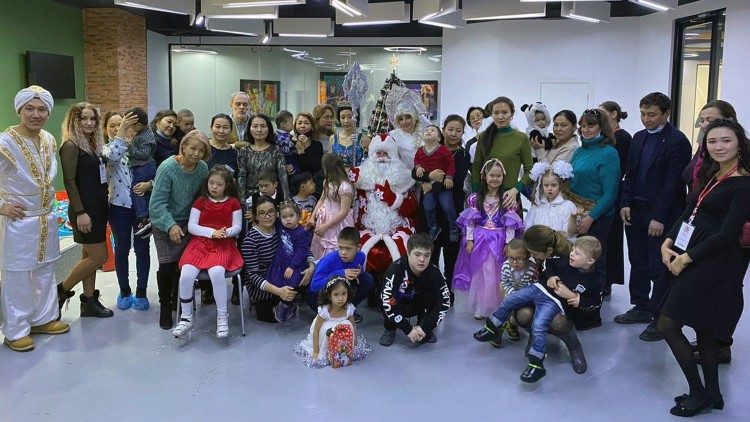 "Both John Paul II and Pope Francis played a very central role in the Vatican Pavilion at the 2017 Expo Astana, with messages that were not only about the general theme of energy, but also about care for creation and care for the common home, as an attitude of respect and love not only for nature, but especially for those living in situations of need, of poverty."

He noted he met many people there who remembered Pope St. John Paul II's 2001 visit and now look to Pope Francis.

"Many of them," he acknowledged, "have no real consciousness of the role of the Pope. But for them it was really something, especially hearing him talking about Kazakhstan, about the culture, about the role of this country, the people, about love. There are also people, mainly outside of the Church that are looking to Pope Francis, to continue this history."

“The people are waiting. They are really waiting for this event, for this for this moment and probably to hear what the Pope will say to Kazakhstan and to the Kazakh people.”

Intrigued to learn what lies behind Caritas' work

As he spoke of those who get involved with Caritas, Fr. Trezzani pointed out how the work of Caritas and the Pope has struck a chord in places where most people would least expect.

“It is interesting and intriguing to see how, having been inserted into the work environment of Caritas in one way or another, that then little by little, they start to read the Pope's documents or some Bible passages to understand what is behind it.” 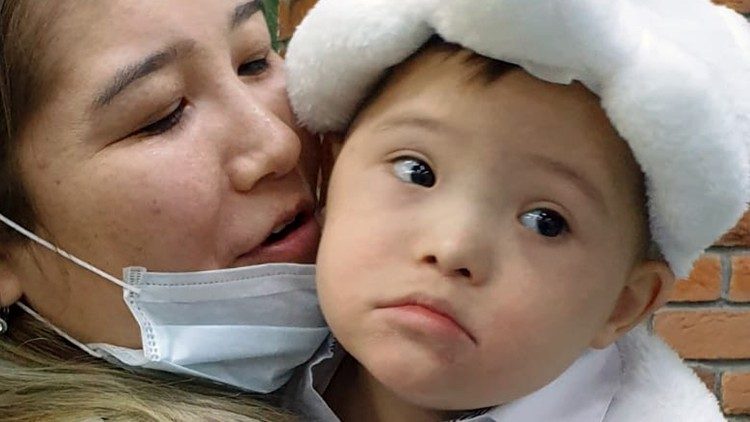